Greater – but not perfect – clarity coming, at end of year, to question of personal property security jurisdiction 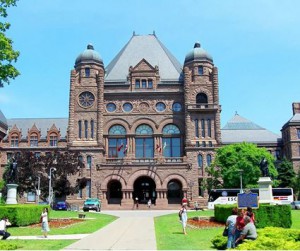 A personal property security interest can’t be perfected if it’s registered in the wrong jurisdiction.

Pinning down the appropriate jurisdiction for registration of a non-possessory interest in an intangible (like intellectual property), a good used in more than one jurisdiction (like a transport truck), or an instrument (like a lease) has proven to be surprisingly hard, due to ambiguous language in PPS statutes across the country.

The version currently in force of s. 7(1) of the Ontario Personal Property Security Act provides that the validity and perfection of a registration of an interest in a good of one of these types “shall be governed by the law of the jurisdiction where the debtor is located at the time the security interest attaches.” A debtor’s “location” is to be determined by reference to section 7(3):

Difficulty in determining which of a debtor’s multiple places of business is the “executive office” has forced many creditors’ lawyers to make the difficult choice between assuming the risk of choosing the wrong jurisdiction (which can lead to a claim), or convincing a client to incur the expense of multiple registrations.

In the face of this problem and similar confusion in other jurisdictions, Ontario lawmakers amended the debtor location provisions in a statute that received Royal Assent in 2006. But the new section 7(3) was not brought immediately into force – the changes were held back in the expectation that other provinces would follow suit, allowing for harmonization across all jurisdictions other than Quebec. This has still not happened, and the government of Ontario ultimately made the decision to bring its own changes into force beginning December 31, 2015. (The new provisions appear in grayscale in the current statute.)

The new legislation sets out a much clearer and more detailed set of criteria for determining a debtor’s location, and provides that security interests perfected by registration under the previous provisions will continue as perfected under the new ones until the until the original financing statement expires or on December 31, 2020, whichever comes first.

Lawyers will likely welcome both the new, clearer provisions and the five-year transition period. With greater certainty about where to register, lawyers will have less exposure to claims for failing to perfect interests. However, because other provinces and territories have not introduced harmonizing legislation, it is now possible that the criteria for determining debtor location will differ as between Ontario and another jurisdiction. That means, unfortunately, a continued need for duplicate registrations where such a conflict exists, as well as a need to take other provinces’ PPS statutes into account when making registration decisions.