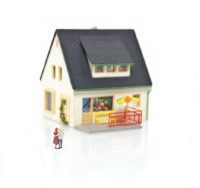 The court dismissed a multi-million dollar claim against a family lawyer arising from his negotiation of a marriage contract. The client alleged that the lawyer should have advised him to negotiate a “downside protection clause,” so that, if his income did not increase during the course of the marriage, he would not be obliged to make any equalization payment to his wife. The court held that even if the lawyer were obliged to recommend such a clause, which he was not, there was no evidence that the wife would have agreed to it. Even if the contract had allowed the husband to avoid any equalization payment, a court would likely have awarded the wife support in an amount totalling what the husband eventually paid her by way of settlement. She had no assets, and no employment prospects. The claimant established neither liability, nor damages. (2015 ONSC 5456)

The second family law judgment also arose from the negotiation of a marriage contract. In this case, the court summarily dismissed a multi-million dollar claim against two lawyers. Under that contract, the wife waived support and equalization payments in exchange for a long-term stream of employment income, and other benefits. When the marriage ended shortly thereafter, she was immediately dissatisfied. For five years, she unsuccessfully attempted, with the help of independent legal and financial advisors, to renegotiate almost every element of the marriage contract.

The solicitors pleaded that her action was statute barred. Secondly, they argued that the entire proceeding was an abuse of process because, if her allegations of lack of knowledge and understanding were true, then she had an avenue available to her under s. 56(4) of the Family Law Act to seek redress from her husband.

The court accepted both arguments, and dismissed the action. The action was commenced more than two years after the plaintiff discovered or ought reasonably to have discovered her claims.

This article originally appeared in the May 2016 issue of LAWPRO Magazine.