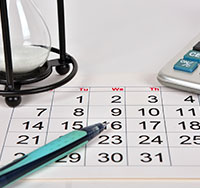 The federal government is proposing the Time Limits and Other Periods Act (COVID-19). It provides that the following time limits are, if established by or under an Act of Parliament, suspended for the period that starts on March 13, 2020 and that ends on September 13, 2020 or on any earlier day fixed by order of the Governor in Council made on the recommendation of the Minister of Justice. A schedule is attached to the bill setting out which Acts or Regulations are being affected:

The draft legislative proposals would suspend certain time limits and enable federal ministers to extend or suspend other time limits included in federal legislation to:

The legislative proposals would:

The proposals would require that orders, along with a statement explaining the reason for their making, be published on a Government of Canada website no later than five days after they are made, for a period of at least six months, followed by publication in the Canada Gazette.

The draft legislative proposals will be available online for 10 days. Interested stakeholders are welcome to share their comments.

When advising clients, consider the potential impacts of actual or potential suspension of limitation periods. In Ontario, certain limitation periods and procedural deadlines that are established by Ontario statutes, regulations, rules and by-laws are suspended.

Continue to monitor the situation. We will provide updates with respect to this proposed federal legislation.