Ontario dusts off the escheats rulebook – time to dust off your advice? 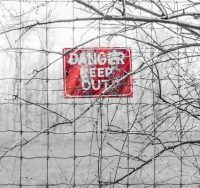 Most lawyers practising today remember the Ontario Escheats Act – if at all – as a terse one-page statute of limited application.

However, surprise! While there’s no reason to anticipate a boom in property forfeited to the Crown, when it does happen, it will now be more complicated.

While the escheat of property is relatively rare, when it does happen, it can create problems. These include long-term uncertainty about the state of title (and of encumbrances on title), and the imposition of burdensome administrative obligations on the government.

The need to clarify the mechanics of escheats has been recognized for several years. The new legislation incorporates some of the contents of a set of amendments to the original which were drafted several years ago but never came into force. The creation of two separate statutes was required for practical reasons: the forfeiture of individuals’ property is managed by the Public Guardian and Trustee, while the property of dissolved corporations is handled by the Ministry of Economic Development, Employment and Infrastructure.

While it will be useful for lawyers to review both new statutes, the most significant changes are with respect to the property of dissolved corporations.

New requirement to keep a register

The new FCPA scheme for managing the escheats process does, however, create an important new record-keeping burden for corporations. When Bill 144, the Budget Measures Act, 2015 brought the new escheats statutes into being, it introduced related changes to several other Ontario statutes including the Ontario Business Corporations Act (OBCA). These changes included the establishment of a requirement (OBCA s.140.1) that Ontario corporations maintain a current register of their interests in land, along with copies of deeds, transfers and similar documents related to those interests.

While the legislation allows two years for corporations established prior to December 10, 2016 to come into compliance with this requirement (new companies must immediately comply), some critics have suggested that the requirement lacks clarity, for example, with respect to the meaning of “property interests” for the purpose of the new register. In a November 2016 paper on the changes, Torkin Manes’ Jeffrey Alpert pointed out that the FCPA definition of property interest includes “… a charge under the Land Titles Act or a mortgage; and… a building or structure that is owned separately from the land on which the building or structure is located or an interest in such building or structure.” This definition would suggest that the register prescribed by OBCA s. 140.1 will have to list not only those properties for which the corporation holds the title but also any property in which it may have a security interest or on which it may have a mortgage or other charge (along with, presumably, the relevant copies of deeds, transfers, etc. and copies of the documents creating the charges).

Alpert also queries whether the definition of “property interest” is broad enough to capture beneficial interests; for example, where the corporation is a trustee holding property in trust for a beneficial owner – a situation which may require both trustee AND beneficial owner corporations to list the same property on their respective registers.

In his own paper on the changes, Craig R.R. Garbe of Bennett Jones queries whether the reporting requirement extends to leasehold interests.

Clearly, the task of maintaining a current register as prescribed has the potential to become a significant burden, especially for corporations that make frequent acquisitions and dispositions (for example, land developers) or that create frequent charges on real property (for example, lenders). Alpert points out that in certain contexts, this amounts to a significant new area of compliance risk:

“For example, many loan agreements contain covenants, representations and warranties by a corporate borrower that it is in compliance with all applicable laws. If a corporation is not maintaining its register of land ownership as required by the OBCA, then the corporation may be in breach of its loan agreement. If so, then its lawyers may not be able to provide the necessary legal opinion to the corporation’s lender, unless the lender is willing to accept a qualification relating to these requirements.”

A second facet of the new legislation that lawyers may need to bring to clients’ attention is the Crown’s right to unilaterally cancel encumbrances on escheated property (FCPA s.18). For example, under if the property is subject to a restrictive covenant, the Crown can cancel the covenant if

(b) otherwise affect the Minister’s ability to manage or dispose of the property.

The legislation does establish notice requirements; for example, ss.18 (8) requires notice to the sheriff and execution creditors of cancellation of a writ of execution, and ss.18 (9) requires notice to the PPSA registrar of cancellations of PPSA registrations. Section 19 establishes a more general notice requirement as follows:

However, as noted by Garbe, it is unclear exactly what recipients of such notice can do about such a notice, other than respond with their own communication, as prescribed in s. 22, setting out “whether or not the person intends to act and may include additional information or comments.” Jonathan Freeman and Kwaku Tabi of Cassels, Brock remind us that “[a]ny reply to the [s.19] notice must be made in writing in accordance with the FCPA and not in the manner provided under any other statute (e.g., OBCA, CA, Mortgages Act, etc.).”

Presumably the most common action anticipated by s. 22 is the making of an application for relief against forfeiture under FCPA s. 26. Parties hoping to do this will, however, have to move quickly, because s. 24(1) of the legislation provides that “…[s]ubject to subsections (2) and (3), the Minister may, at any time, register a notice on title to forfeited corporate real property indicating that the Crown intends to use the property for Crown purposes.” Subsections (2) and (3) prescribe a three-year waiting period after dissolutions under the OBCA or Corporations Act (and subject to coming into force of a supporting provision, the under the Not-for-Profit Corporations Act, 2010), and a two-year waiting period for dissolutions under the Co-operative Corporations Act.

Provided the notice has been given, the Crown can at any time “begin to use forfeited corporate personal property for Crown purposes” (ss. 24(5)). Once this happens, the right to relief against forfeiture is extinguished.

For clients with interests in property that could potentially be forfeited, protecting a right to relief will depend on becoming aware that a s. 24(1) notice has been registered on a relevant title, understanding the implications of such a notice, and promptly taking action. Freeman and Tabi suggest that “…lenders should consider requiring Ontario incorporated borrowers to provide evidence of their corporate existence on an annual basis, leaving ample time to take any necessary steps to protect the security if a borrower is dissolved. This could be accomplished by obtaining a Certificate of Status…”

Whether or not they choose to give this specific advice, lawyers who represent lenders would be well-advised to communicate the implications of these provisions to all of their clients without delay.

Want more information? Here are links to the Ministry of Finance’s backgrounder on Bill 144, and to some examples of commentary from the bar:

Amendments and Proposals in the Budget Measures Act, 2015 (Ministry of Finance backgrounder)

Ontario Corporations Beware: Changes to the Law Regarding Record Keeping and Forfeiture of Corporate Property (by Jeffrey Alpert of Torkin Manes LLP)

You Can’t Escape From Escheats! (by Craig R.R. Garbe of Bennett Jones LLP)

Out With the Old, In With the New: A New Regime for Forfeited Corporate Property and Corporate Real Property Administration (by Jonathan Freeman, Kwaku Tabi of Cassels, Brock & Blackwell LLP)

New provisions on escheats of corporate property should cause corporations to take notice (by David D. Lyons of Lerners’ LLP)

Nora Rock is Corporate Writer and Policy Analyst at LAWPRO.