Paths to Success: ‘Be yourself, and build relationships’

After beginning his career as a litigator in the Toronto boutique firm of Stockwoods LLP, Paul Jonathan Saguil joined the legal department of TD Bank Group. Paul attended law school at York University’s Osgoode Hall Law School, and clerked with the Honourable Justice Phelan of the Federal Court before being called to the Ontario bar.

Saguil is very active in the broader legal community. He is the chair of the Ontario Bar Association’s Sexual Orientation and Gender Identity Law section, and a past Director and current member of the Federation of Asian Canadian Lawyers. He has served as Faculty Advisor to Osgoode Hall Law School’s Philip C. Jessup International Law Moot team, and acted in the inaugural production of Nightwood Theatre’s Lawyer Show. Saguil is also on the Board of Directors of Pride Toronto, and was involved in the planning of this year’s World Pride celebration. 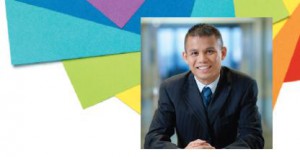 On his reasons for making the time for community engagement
Despite a busy career, Saguil devotes considerable time to legal professional associations, as well as non-profit organizations and groups outside the legal community. “The most important benefit for me,” he says, “is the opportunity to build relationships. Lawyers can take solace – and I do – in the intellectual challenges of our work; but on the toughest days, there is no better way to gain perspective and clarity than to discuss issues, professional and personal, with a friend or colleague.”

Saguil makes the effort to continually renew his social and professional connections “because you can’t go to the same person for every kind of issue.” While time and energy management seem to come easily for him, he credits his volunteer activities with helping him develop the patience and flexibility to adapt to others’ different priorities, paces, and work styles. He explains that developing the reputation for being willing to serve means that new opportunities often come his way: “how do you get a reputation for saying ‘yes’? By saying ‘yes’.” He notes that his volunteer work opened doors and may have made him a more attractive candidate for his current job, but that community engagement is less of a means to an end than an end in itself. “I studied philosophy before law school, and that brought home to me the importance of finding meaning and value in life.”

On the perspective that comes from a life beyond the law
A belief in the underlying causes of the organizations he supports helps provide that meaning, but he looks for fulfillment outside the law as well: he has studied martial arts for several years and competes in Brazilian jiu-jitsu. “Martial arts forces you to check your ego at the door and to live in the moment.” But it provides insights relevant to legal work, too: “we’re taught what it means to have ‘the heart of a warrior,’ but jiu-jitsu reminds me that my legal work is my client’s fight, not mine. It gives me perspective.”

On talking about race and sexual orientation
As a gay lawyer with a Filipino heritage, Saguil is regularly asked to comment about diversity issues. “I was not political about being gay or Asian, when I was growing up,” he explains. But as he gained recognition on the merit of his accomplishments, he grew more comfortable commenting on his personal identity. “I realized that if I was going to be given a soapbox, I had a responsibility to think about what to say. Being willing to comment means that readers get a more integrated picture of you as a person.”

When you’re perceived as belonging to an identifiable minority, he notes – whether by virtue of ethnicity, sexual orientation, or otherwise – “people will project certain expectations onto you.” Saguil believes that the best way to resist the ones that don’t fit is to take ownership of the way in which you are defined. He, for example, never seriously considered keeping his sexual orientation private. “If you want to be able to cope with the stresses of practice, you need to reflect, while you’re in school and throughout your career, on who you are and what you want in life. Having that core of groundedness in your own identity will help you make confident choices. At TD, we have an expression: “Bring your whole self to work.” If you know who you are, and you know what being a successful lawyer means to you, you will project that, and people will be attracted to the real you.”

His advice for new lawyers
Besides advising making an effort to find meaning in life, Saguil’s advice is simple, and will resonate with all lawyers. “Work hard at building relationships. Work hard at your career. Know what you are wired for, and know where the exits are. Always remember that you have a choice.”