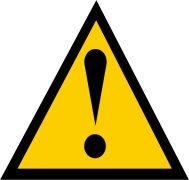 Yesterday, a TitlePLUS subscriber reported a deal to us that appears to be an attempt at a fraud. Someone purporting to be John Biko wanted to purchase a property in Vaughan. The deal came to the lawyer on a referral from a real estate agent. Biko said his previous lawyer was going on vacation and couldn’t handle the deal. The deal was to close Sept. 2, but when the lawyer met the client, an extension agreement was prepared that moved the closing to Oct. 8.
Biko requested the extension as more time was needed to allow monies from overseas to be released. For ID Biko gave an Ontario driver’s licence, a SIN card and a VISA credit card.

A check of Biko’s driver’s licence on the MTO’s Driver Licence Verification page
(https://www.dlc.rus.mto.gov.on.ca/dlc/OrderForm.aspx) indicated it was not valid. The lawyer terminated the retainer.