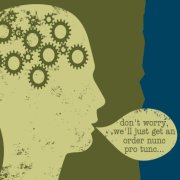 In 2014 the broad category of communications accounted for about almost a third of claims reported and claims costs. We asked some lawyers to give their opinions on the various ways lawyer-client communications can break down, such as when lawyers fail to listen.

A study for the Law Society of England and Wales by Hilary Sommerlad, quoted in “What Clients Want” by Clark Cunningham, found that 50% of clients polled had worked with lawyers they did not like.

The study concluded it was, more often than not, the way lawyers interacted with clients that was the issue. Indeed, the paper describes a true situation “where a specialist lawyer with a ‘big reputation’ had interrupted the client because she believed she had heard enough to ‘get the picture.’”

This had the unintended consequence of leaving the client too frightened to speak up in future meetings, and resulted in the lawyer not fully understanding the situation and what the client wanted.

“Listening is not something we as lawyers do particularly well,” says Judith Huddart, collaborative family lawyer at Dranoff and Huddart, Barristers and Solicitors.

When lawyers don’t listen or make assumptions of what the problem is without letting the client finish his or her side of the story, they run the risk of ignoring what the client really wants.

The England and Wales study showed effective communication also involves actively listening, which in turn boosts rapport, trust and mutual respect between the lawyer and client.

The study participants had more positive responses when they felt their lawyer listened to them. It allowed the lawyer to better understand the needs of the client and address them accordingly.

Stephen Pike, managing partner, external, at Gowling Lafleur Henderson LLP points to a recent bike-buying excursion with his wife to illustrate the point. They had done the research beforehand and had walked into the store convinced they knew what they wanted. The salesperson began asking them questions about how they planned to use the bike. After some extensive questions and answers – and attentive listening – the salesperson suggested a less expensive bike more tailored to the Pikes’ needs.

“It turned out to be perfect,” Pike says. “It was exactly the right bike.”