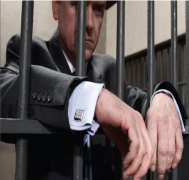 Last November, we published a post about the intersection of criminal and immigration law, and specifically about the Faster Removal of Foreign Criminals Act – legislation that made it easier to deport non-citizens sentenced to at least six months for a criminal offence.

The strict application of the IRPA makes lawyers more vulnerable to claims when they fail to appreciate – or to take action to mitigate − the implications of a six-month sentence for a client’s right to appeal a deportation order.

In our November post, we outlined steps a lawyer could take to avoid claims arising from failing to do everything possible to prevent a client from being deported for criminality. We won’t revisit those here.

But the post also touched on the judicial interpretation of the IRPA, citing the decision in R. v. Hoang Anh Pham (2013 SCC 15). While the Pham decision acknowledged that a trial judge’s lack of awareness of an accused’s vulnerability to deportation could be relevant to the appeal of a sentence, the court took a fairly conservative approach to the question of judicial discretion to reduce sentences for immigration reasons:

The flexibility of our sentencing process should not be misused by imposing inappropriate and artificial sentences in order to avoid collateral consequences which may flow from statutory scheme or from legislation, thus circumventing Parliament’s will.

These consequences must not be allowed to dominate the exercise or skew the process either in favour of or against deportation. Moreover, it must not lead to a separate sentencing scheme with de facto if not a de jure special range of sentencing options where deportation is a risk.

This language gave rise to significant concern for some criminal lawyers. However, the February decision in R. v. Piñas ([2015] O.J. No. 941, 2015 ONCA 136 (CanLII)), believed to be the first appellate-level decision to consider Pham, makes it clear that the court supports the exercise of discretion where the accused’s circumstances merit it.

In Piñas, the accused had plead guilty to robbery after driving a getaway car. She was sentenced to one year in prison. At her sentencing hearing, her counsel did not tell the court that a co-accused with similar involvement had been given a six-month sentence, and did not mention that Piñas was a non-citizen, and thus vulnerable to deportation for criminality.

Piñas hired new counsel to argue an appeal of her sentence. Besides the evidence about the co-accused’s lighter sentence, counsel introduced evidence that Piñas had shown considerable remorse, regretted her involvement in the robbery, and had cooperated with the investigation. She was a single mother with two children, one of whom was disabled. Though she was born in the Netherlands (the country to which she was in danger of being deported), she no longer had any relatives or ties there and could not speak or understand Dutch. A forced move to the Netherlands would mean depriving her children of the community support they enjoyed in Canada.

The court held that in light of the six-month sentence imposed on Piñas’ co-accused, a six-month sentence was reasonable. Reducing that sentence by one day in recognition of her immigration status “would not take the sentence outside the acceptable range and would improve the rehabilitative prospects for the appellant without any countervailing negative impact on broader societal interests.”

A sentence of six months less a day was substituted for the original one-year sentence.

While the case turned out well for the accused, and it’s encouraging to see the court’s willingness to exercise its discretion, the fact that Ms. Piñas had to resort to an appeal is worrisome from a claims perspective, because it means that criminal lawyers are not yet fully aware of the implications of the Faster Removal of Foreign Criminals Act, and may not be taking clients’ immigration status into account. Need a refresher about how to ensure you’re doing the best you can for these vulnerable clients? Read our November 2014 post on the subject by clicking here.