Need something to read to avoid doing that other thing? 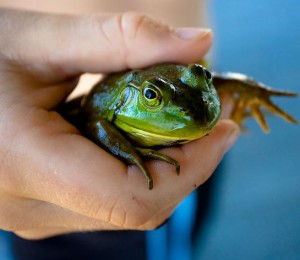 When tracking the causes of claims, we at LAWPRO classify certain claims as relating to problems with “time management”. These claims include losses caused by lawyer procrastination: a specific cause of loss at the root of four percent of claims (by both count and cost) over the past ten years.

Would you like to be safer from claims − and have better self-esteem − by procrastinating less?

In a former career, I managed authors – in other words, I was the procrastination police – and I learned a thing or two about helping people move projects along. Here are some of my favourite anti-procrastination strategies:

Procrastination is a disease that feeds on itself. The more times you remember a task and put it off, the more solidly you reinforce your own expectation that it’s going to be difficult, unpleasant, or monotonous. Avoid reinforcing that expectation by starting the job the very first time you think of it.

The response I’ve often heard when I offer this advice – and especially from lawyers – is “but, I work best under pressure.” While this seems to be partly true for some people, avoiding work until just before the deadline is enormously stressful, and carries significant risk. What if the job is harder than you anticipated, will take longer than you anticipated, or will require the gathering of information you won’t be able to get at the last minute? By starting right away you accomplish two things: you avoid bolstering your own resistance to the task, and you have a chance to uncover unexpected complications… which brings me to tip #2:

2. Diagnose and target the blocks

If you start the task, you create a useful opportunity to identify two things: 1) the challenges intrinsic to the work; and 2) the sources of your own resistance.

These are the “blocks” you’ll need to remove to complete the job. For some of these blocks, the removal strategy will be obvious. For example, if you lack necessary information, you’ll have to request or research it. It’s useful to conceive of these block-removal strategies as separate tasks: this breaks the big job down into little tasks that are easier to fit into your schedule and less likely to produce resistance.

Blocks that are intrinsic to you can be a bigger challenge, because their removal will require the investment of limited resources: your emotional energy or self-discipline. For example, your procrastination over a task may stem from having to call an unpleasant or difficult person (or even just a very long-winded client) to get instructions or assistance. This kind of task is a “frog”.

I know nothing of the origins of the maxim “first eat the frog”, but I know it’s good, because nobody had to explain it to me, and I probably don’t have to explain it to you. It goes like this: arrive at work, sit down, get out your knife and fork and immediately eat the big clammy frog.

I don’t need to convince you that this tactic works, nor why. You know it works. After you’ve eaten the frog, the rest of your day is a piece of cake.

When I’m feeling kindly toward myself, I acknowledge that sometimes my own procrastination has roots not in my moral failings, but in my environment. As a writer, I really struggle with noise and interruptions.

Since interruptions are sometimes the same thing as “being a team player”, I know I must not react to them by hissing at good people. The better approach is to figure out when colleagues will be in meetings, and to schedule creative work for those periods.

You may have completely different sensitivities. I have even heard of individuals (who are these people?) who can’t concentrate when left alone. Take time to consider whether aspects of your work environment interfere with your focus, and do what you can to improve those; or schedule creative tasks for the periods most favourable to you.

Serious procrastinators often feel better when they learn that all people (even highly productive people) have cycles of high and low personal energy. Nobody is focused and creative every moment of the period between 9-5. Productive people often achieve high productivity by taking their own energy cycles into account when scheduling tasks.

For example, if, like many people, you feel creative at the beginning of the day and foggier in the 2-3 hours after lunch, you will make the best use of your energy by tackling work that requires focus, creativity and problem solving (for example, writing a factum or participating in a negotiation) in the morning, and saving rote tasks (building a list of marketing contacts, preparing client accounts) for after lunch. If your focus improves again late in the day but you hesitate to begin (and abandon) a major creative task, you might aim to cross some of the smaller “block-removing” tasks from tip #2 off your list.

6. Move your body to stimulate creativity

I have never, in my 20 years as a writer, developed an outline for a book or article while sitting at a keyboard. Not once.
For me, the “structural” thinking needed to refine and organize ideas requires physical movement. Walking is best, but driving a familiar route will do. Even as a little child writing poetry, I paced around my yard.

There is something about routine movement – where the body is occupied, but on autopilot – that provides just enough brain stimulation to preclude the mental noise that impedes creativity. A creative colleague tells me that she has all her design epiphanies in the shower: lathering up requires movement, but not enough focused thought to compete with new ideas.

If you haven’t yet discovered the relationship between movement and creativity, try getting up from your desk and walking around the block the next time you need to develop a strategy. And if you’d like to take it a step further, take a vacation day (or even a real vacation!) when you feel at a loss for ideas. Countless business anecdotes support the theory that the best ideas come when we are out of the office, “wasting time”.

Now that’s a tip expert procrastinators can really get behind.