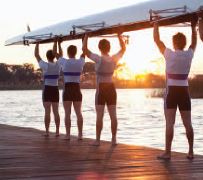 While the primary responsibility for wellness rests with the individual, nothing is more important to a law practice than its lawyers and staff. The “firm” – Big Law or a solo practice – can do nothing without people; the better those people feel, the more productive they will be, and the more profitable the firm will be. It follows that a firm has an interest in helping its people be healthy and well. How can a firm help?

Wikipedia defines the Nudge theory as “a concept in behaviour science, political theory and economics which argues that positive reinforcement and indirect suggestions
to try to achieve non-forced compliance can influence the motives, incentives and decision making of groups and individuals, at least as effectively – if not more effectively – than direct instruction, legislation, or enforcement.” This is how you get the horse to drink the water.

The firm has to demonstrate that the health and wellness of its people is truly a Firm Value. Putting that in the firm’s Statement of Values is purely superficial; the firm needs to live it. Example – flu shots are a good idea – so either bring somebody in to give everyone a shot or give everyone time off to get the shot. Do not leave it up to the staff to be bold enough to take that time (they won’t if they think the firm was kidding); the firm’s management has to put it in the calendar.

Encourage activities that can lead to better health. If you have enough people, sponsor them in a Dragon Boat race or give them time off to build a house with Habitat for Humanity. Register a team in intra-mural hockey, volleyball or slow-pitch. Pay for the uniforms. Get out and cheer for them. Celebrate every chance you get. A firm should pay attention to the accomplishments of its people and not just for marketing purposes. Somebody’s child graduates with Honours? A client thanks an assistant for his or her extra attention to the matter? Close a big deal? Someone has been with the firm five years? Celebrate – and mean it.

A firm can get everyone involved in celebrations. In a previous life, my firm’s office administrator, Shanna Hapko, implemented an idea like this. Get some toy action figures – some Supermen and Wonder Women, for example. Print up “Nomination” forms. When you see someone in the firm go above and beyond the basics, put an action figure on that person’s desk with a nomination, filled in with the donor’s and recipient’s names and a brief explanation why the recipient would be a super hero that day: “he stood up for me when a client was verbally abusive,” “she saw I was over-loaded and did some files for me without being asked,” “I had to leave suddenly because my child was sick and she covered my calls for me,” “she noticed I mis-read an email and told me before I was embarrassed,” “he saw I was panicking and took time to talk me through it.” At the end of the week, the figures go back in the queue and the Nominations go into a prize draw. Once a month, one lucky donor and one lucky recipient get a prize (a random gift certificate, an afternoon off, movie tickets, whatever). Corny? No, even cynical lawyers were strutting when they got to be Superman for a day. Any firm of any size can do it; it’s the celebration that counts.