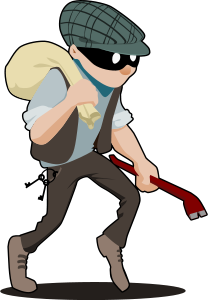 An Ontario lawyer has reported to the TitlePLUS department a real estate deal that appears to be a deposit fraud scam. This is a textbook example where the purchaser attempts to “take back” or “draw down” monies from a fraudulent deposit cheque before the cheque has bounced. It is a scenario that Ontario real estate lawyers should recognize as a fraud, and we have seen similar scenarios in other areas of law where lawyers were paid a retainer.

On the deal reported to us the purchaser sought to buy a million dollar rural property north of Toronto. A realtor contacted the lawyer to act for the purchaser, and noted that another lawyer had refused to take the deal. An initial deposit cheque of US$138,000 from a company that was not the purchaser was held by the realtor. The lawyer was not aware if that cheque had cleared the bank. The lawyer contacted this company’s head office but could not obtain any helpful information. The agreement of purchase and sale was conditional and set to close in a few months. Prior to closing, the purchaser advised he was travelling to a Japan to visit his daughter, and could only communicate by email. The purchaser then advised the lawyer he had health problems and requested that a portion of the monies from the deposit cheque be returned to him.

When taken together , the indicators of a potential fraud in this transaction include:

See LAWPRO’s Fraud Fact Sheet, a handy reference for lawyers and law firm staff that describes the common frauds and the red flags that can help identify them.

How to handle a real or suspected fraud

If you are an Ontario lawyer and suspect you are acting on a matter that might be a fraud, call LAWPRO at 1-800-410-1013 (416-598-5899). We will talk you through the common fraud scenarios we are seeing and help you spot red flags that may indicate you are being duped. This will help you ask appropriate questions of your client to determine if the matter is legitimate or not. If the matter you are acting on turns out to be a fraud and there is a potential claim, we will work with you to prevent the fraud and minimize potential claims costs. If you have been successfully duped, please immediately notify LAWPRO as there may be a claim against you.
For more immediate updates on fraud and claims prevention, subscribe to the email or RSS feed updates from LAWPRO’s AvoidAClaim blog.