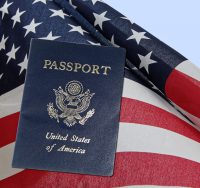 When you shop for a contractor for a home renovation, you are often reminded about the need to ensure your contractor has third party liability insurance and workers’ compensation insurance – just in case.

Do you ask that same question when you shop for a lawyer outside of Ontario? Do you remember to ask if the foreign lawyer carries professional liability insurance? And do you know what his/her coverage is? Imagine this. A 40-year-old client’s husband dies in a plane crash in the United States, the result of alleged negligence by air traffic controllers who fail to identify a storm and instruct the pilot to fly into an extreme thunderstorm.

All on board are killed. The client is left a widow with two young children. Because the widow resides in Ontario, she comes to you – an Ontario lawyer – for help. You find out that liability is not an issue as another individual in the United States successfully filed a claim through the Federal Aviation Administration (FAA) for negligence against the air traffic controllers. Clearly the case needs to be commenced in Michigan; but because you are not licensed to practise in Michigan, you cannot act for your client as it would be a breach of the Rules of Professional Conduct. As well you would not have E&O coverage under your LAWPRO policy, pursuant to the territoriality exclusion.

Recognizing the importance of proportionality and professionalism by taking into consideration the complexity of the matter and significant damages claim (about $7 million), this case would justify that you assist the client as legal advisor. Your client instructs you to find the best possible Michigan lawyer to carry out the litigation on her behalf; you are to assist her in liaising with that lawyer. A thorough search leads you to a lawyer who will take the case on a contingency arrangement, with you and the lawyer taking a share of the proceeds of any settlement or judgment.

Initially things move smoothly – until the day the lawyer informs you the limitation period was missed to file a notice to the FAA regarding the claim against it. Your client’s lawsuit is now one in negligence against the lawyer in Michigan for missing the limitation period – but discover his errors and omission insurance only provides coverage with diminishing insurance limits of $250,000 – nowhere close to covering your client’s $7 million claim.

A claim for negligent referral

While the concept of negligent referral has received minimal consideration in Canada, the topic has been widely discussed in the United States and recognized as an issue by the courts in the United States. Generally, the U.S. courts have been reluctant to impose liability on a referring counsel for the negligence of a recipient lawyer if the referring counsel has taken minimal care in his/her selection. There are policy reasons for this. We live in a world of legal complexity, and it is ethically responsible (and a lawyers’ obligation under our Rules of Professional Conduct) for a lawyer to seek out specialists and refer clients to the appropriate counsel, particularly in a foreign jurisdiction.

However, the factors examined in the discussion of whether a referring lawyer should be found responsible for the negligence of the recipient lawyer include the following:

While the courts in the United States generally swing in favor of the referring lawyer, referring lawyers are not immune to the claims made against them for negligent referral and at least one court, in Florida, has imposed liability on a referring lawyer.

One factor that can tip the scales against a referring lawyer is whether the innocent lay victim will be compensated for the damages to which he or she is entitled. In other words, did the recipient lawyer have professional liability insurance to cover the damages sustained by the client?

This consideration is especially important to practising lawyers in jurisdictions such as Ontario that have a mandatory error and omission insurance program with minimum limits. Many countries require practising lawyers to carry E&O insurance, but the limits vary from one jurisdiction to the next. In the United States, only Oregon has a mandatory errors and omissions program. Some jurisdictions in the United States may have a mandatory requirement to be insured if lawyers work in a large corporation. It’s therefore important for Ontario lawyers to ask if lawyers in foreign jurisdictions have professional liability insurance with sufficient coverage for their client’s case.

A referring lawyer may not be able to avoid a claim simply because he does have insurance coverage and the recipient lawyer does not or has only limited insurance coverage. If you’re in a situation where you are selecting counsel in a foreign jurisdiction – do your due diligence: Evaluate the foreign lawyer’s credentials diligently. And make sure the recipient lawyer carries up-to-date errors and omissions insurance with limits sufficient for the client’s case.

This article by Jennifer Ip, Unit Director & Counsel at LAWPRO, originally appeared in the December 2010 issue of LAWPRO Magazine. All past issues of LAWPRO Magazine can be found at www.lawpro.ca/magazinearchives