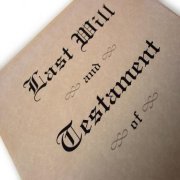 We all know, it’s impossible to write an effective will for a client without investigating the details of the client’s circumstances and estate.

While this conclusion may seem trite, in recent years LAWPRO has seen an average of 60 claims per year alleging that the lawyer did not investigate key details. This specific error has roughly doubled in the last decade. These claims generally arise after a bequest fails because an asset or a beneficiary has been misdescribed, or when a would-be beneficiary asserts a right that the lawyer didn’t contemplate when drafting the will.

Asking critical questions before drafting both ensures that the will accurately reflects the testator’s intentions, and − provided the answers to the questions are documented − minimizes the lawyer’s risk of a challenge that leads to a claim. What information gaps are most likely to lead to claims?

It’s not enough for a lawyer to ask a testator for the spelling of a spouse’s name. The lawyer must ask about the client’s entire history of marriages and cohabitations to ensure that there are not multiple individuals who could be interpreted as “spouses.” It’s necessary to know whether the testator has ever made a mutual or mirror will with anyone, whether a property the testator wants to include in the will is jointly owned with anyone (spouse or not), and whether any property meets the definition of matrimonial home under the family law.

The same care must extend to questions about children: are they minors, or adults? Are any of these children stepchildren, adopted, or estranged? Are there adult dependents − for example, a child with a disability? Are there any other individuals – a nephew, a partner’s child – who are financially dependent on the testator? When there are children with a former spouse, there may be support obligations under a separation agreement or court order that need to be reflected in the will.

Often, arrangements are made to fund support through life insurance or other investments; but for this to occur, the investment must have an appropriate beneficiary designated – something the lawyer should take steps to confirm.

Ownership and value of assets

When a will mentions specific assets, it is up to the lawyer to confirm that they are capable of being passed through the will. In some instances, a testator has attempted to bequeath assets that turned out to be jointly owned with another person, or owned by a corporation rather than personally. To avoid this, the lawyer can perform searches to confirm ownership. Confirmation of ownership details is also prudent when it comes to corporate shares.

In other cases, the value of assets is important; for example, where the testator is attempting to divide an estate in specific proportions. Ensuring that the testator’s intentions are honoured may require the formal valuation of assets, and it’s up to the lawyer to recommend this (and if the testator declines, to make a note in the file). It’s also important to ask about mortgages, liens, or other debts that may reduce the value of assets.

Often, the questions we fail to ask are the ones for which we think we already know the answers. The resulting oversights include getting a beneficiary’s name wrong, or misdescribing a bequest. For example, a gift to “St. Pat’s” may lead to a tug-of-war between St. Patrick’s Cathedral, St. Patrick’s community school and St. Patrick’s refuge for wayward girls − all of which may operate in the deceased’s hometown! Where a charity is named a beneficiary, the lawyer must take steps to record the charity’s correct legal name (perhaps including an address for good measure). Similarly, an ambiguous description of assets can lead to a challenge: where a testator who spends summers in a mobile home on the grounds of a mobile home park of which he is part owner leaves his brother “my share in the trailer park”, does the gift include the testator’s mobile home?

Perhaps the hardest questions for a lawyer to ask relate to testator capacity and potential undue influence. Getting to the bottom of either problem requires a lawyer to listen to and act on gut instincts.

Uncovering undue influence may be best approached indirectly: for example, by asking the reasons for instructions to deviate from a prior will. When listening to the explanation, pay attention to who seems to be left out of the story. That individual is the person most likely to challenge the new will. If the testator protests this kind of probing, the lawyer should explain that it’s essential to document reasons for “glaring omissions” at the time the will is drafted.

When capacity is in question, the situation is even more delicate: suggesting that the client submit to an assessment means inviting the possibility that the lawyer will not be able to draft the will that has brought the client into the office in the first place. Ignoring doubts about testator capacity, however, is not the answer. The Rules of Professional Conduct require a lawyer to take appropriate steps when dealing with a client under a disability. A sincere attempt to grapple with questions of capacity and to document observations that support capacity is more useful, in the long run, than a file that is silent on the issue. If the testator’s cognitive abilities are in decline, the family already know it, and a challenge is likely.

Nora Rock is Corporate Writer and Policy Analyst at LAWPRO. This article originally appeared in the March 6, 2015 edition of the Lawyers’ Weekly, published by LexisNexis Canada Inc