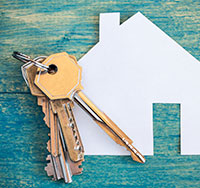 We all know that notwithstanding the rise of title insurance in Ontario, claims arising from real estate practice are still a large (and in many years, the largest) exposure for the primary professional liability program that LAWPRO provides for the Law Society’s lawyer-licensees (the “E&O program”). We have explored why in other articles and settings. For example, consider the fact that title insurance is less uniformly used in commercial transactions. Also, the ambit of traditional title insurance does not necessarily overlap exactly with the scope of a real estate lawyer’s duty of care – the realm of lawyer’s negligence will normally cover some exposures that fall outside the scope of title insurance.

But the opposite also applies: in some cases title insurance covers losses that the E&O program would not cover. A review of the fraud exposure in real estate transactions demonstrates how this works, and how title insurance can and does benefit the primary program.

Title insurance will typically protect against the invalidity of title due to fraud or forgery. That means, for example, where the fraudster impersonates the landowner in order to obtain a mortgage (and the proceeds thereof), title insurance will usually come to the rescue of the innocent lender for whom the lawyer was acting. If the lawyer in acting for his/her lender-client fell below the standard of care (for example, did not ask for identification and/or did not spot glaring red flags in the transaction), it is to the benefit of the E&O program that a title insurer cover that loss.

However, the essence of a good fraud is not getting caught. So, when the customary standard of practice for real estate lawyers is applied in some cases, the lawyer acting on both sides of a residential mortgage may not be held responsible under the law of negligence for failing to catch an identity theft in progress: the fake ID was too good and the fraudster too accomplished in impersonating the true landowner. In this case, it is great that the lender is protected by benefit to the E&O program, as it was not exposed anyhow.

What about the impact of value fraud? In most cases value fraud is not covered by title insurance. Remember that in a value fraud, the title to the mortgage, or the binding of the security on the land, is good – the property just isn’t worth as much as the lender was led to believe, causing the lender to advance more money than the available security (i.e., the value of the land) could justify. However, it is certainly an issue of potential lawyer negligence, once again, if there were red flags that the lawyer for the lender should have spotted.

Title insurance with legal service coverage is where the benefits to the primary program can really start to add up. Here we mean legal service coverage that covers an error or omission in providing legal services for the transaction for which liability is imposed by law, without any caveat that the error must affect the title to the property or the right to the use and enjoyment of the property. Where such caveats affect coverage, it is much less clear that a value fraud would be covered.

Consider the following scenario that LAWPRO experienced in recent years. The insured lawyer had acted for the lender-client on many mortgage transactions. For some of them, the lawyer had purchased TitlePLUS® title insurance with legal service coverage and for some, title insurance with other insurers or no title insurance. Once many of the borrowers defaulted and enforcement proceedings were commenced, it became clear that the original loan transactions were not as the lender had been led to believe and the lender was not going to be able to recover the monies owing due to the true (lower) value of the properties. Fortunately for the insured lawyer, and the E&O program, enough of the loss was borne by the Title-PLUS program under legal service coverage that the part left to the E&O program could be absorbed without opening as many E&O claims and without hitting the insured’s $2 million aggregate for the year. It is important to remember that the mortgages effectively bound the subject properties, so title was good. But the insured’s failure to warn the lender-client about various issues (to the extent that the insured was communicating directly with the lender at all) gave rise to
exposure under the negligence standard of care. So, the million dollar loss absorbed by the TitlePLUS program was a benefit for the E&O program. Given that legal service coverage without the caveats described above is not widely available, it is unlikely this exposure would have been removed from the E&O program if the lawyer had bought other title insurance.

But while we acknowledge that title insurance can bring benefits to the E&O program as a whole, don’t forget that its widespread adoption has also given rise to claims for failing to recommend title insurance in certain circumstances. Such claims were unheard of in Ontario before the last decade
or so. The fact that the law of negligence continuously evolves is greatly to the benefit of the public whose interests need protecting as the environment changes.