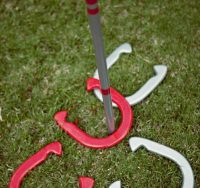 The Ontario Court of Appeal’s decision, Elbakhiet v. Palmer, 2014 ONCA 544, gives practical direction on how specific a settlement offer must be to meet the technical requirements of R49 of the Rules of Civil Procedure as well as the burden of proof imposed by R49.10(3). In January 2015 the Supreme Court of Canada dismissed with costs the application for leave to appeal .

Elbakhiet was a motor vehicle tort action. After a nine week trial the jury awarded the Plaintiff damages of $144,013.07 plus prejudgment interest (“pji”).

Prior to trial, the defendants delivered a settlement offer, which was exceptionally close to the amount of the eventual Judgment. They offered “$145,000 plus prejudgment interest in accordance with the Courts of Justice Act, and costs as agreed or assessed on a partial indemnity basis to the date of the Offer”.

On the issue of costs, the defendants’ asserted that the plaintiff had obtained “a judgement as favourable as or less favourable than the terms of the offer to settle” within the meaning of R49.10(2). That rule awards partial indemnity costs to the plaintiff up to the date of the offer, and the defendants their partial indemnity costs thereafter. The plaintiff argued that R49.10(2) did not apply, on the basis that it contains specific requirements for both timing and content of an offer, which were not met.

In terms of content, a R49 Offer must be fixed, certain and capable of clear calculation. The plaintiff’s claim was for various heads of damages, yet the defendants’ Offer was presented as a lump sum, providing neither a specified amount nor a specified rate of pji. The Offer did not include a breakdown of the differing heads of damages attracting different rates of interest.

[It should be noted that s. 128 of the Courts of Justice Act has recently been amended such that the 5% rate of pji no longer applies to non-pecuniary damages in motor vehicle cases, but still applies to pain and suffering awards in other bodily injury cases, such as medical malpractice. ]

The trial judge noted the court was “unable to calculate a fixed dollar amount in prejudgment interest without a breakdown of the differing heads of damages that attract different rates of interest.” (para 32) She declined to apply R49.10(2) and awarded partial indemnity costs to the plaintiff of $578,742.28, acknowledging this was “a ‘bitter pill’ for all concerned.” (2012 ONSC 3666 at para 7)

The Court of Appeal relied on its earlier decision in Rooney v. Graham (2001), 53 O.R. (3d) 685, accepting that the lack of clarity arising from the inability to calculate pji did not prevent the plaintiff from determining whether to accept the offer or proceed with trial. However, it did mean that the defendants did not meet the burden of proof required to establish that the Judgement was as favourable or less favourable than the offer, as held at first instance.

On appeal the defendants argued it was understood that pji of 5% would apply to the entire $145,000, and thus, the offer exceeded the jury’s verdict. The Court of Appeal did not accept this argument. The unanimous panel nonetheless reduced the costs award to $100,000 giving two reasons.

First, even where an offer does not meet the technical requirements of R49.10 the court has discretion to consider any written offer. Because the offer and the judgement were “virtually the same” in this case the court

to consider R49.13, which “calls on the judge to take a more holistic approach” looking at what is fair and reasonable.

Second, the trial Judge’s award of costs was “wholly disproportionate to the amounts recovered” . Compared with the almost $2 million sought, the plaintiffs’ success at trial was modest. R57.01(1)(a) allows that in exercising its discretion to award costs “the amount claimed and that amount recovered in the proceeding…” may be taken into account. The objectives of fairness and reasonableness, require proportionality.

With respect to timing, the appeal decision confirms Madame Justice Toscano Roccamo’s finding that a civil trial commences within the meaning of R49 when evidence has been heard.

I expect this case will interest the profession as a whole, and certainly the personal injury bar. In order to protect their clients (and themselves) civil litigators must be alive to the requirement that a R49 Offer be clear and calculable, and that any uncertainty in the interest component may make it impossible to meet the burden of proof required to attract the cost consequences set out in R49.10(2).

Personal injury litigation is not a game of horseshoes or hand grenades. “There is no ‘near miss’ policy” .

This article by JJ Earle-Miller (claims counsel at LAWPRO) originally appeared in the May 1, 2015 issue of The Lawyers Weekly published by LexisNexis Canada Inc.