The Kenora gambit: Why it pays to know Ontario has two time zones 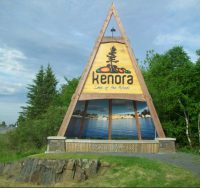 Did you know Ontario has two time zones? Veteran Claims Counsel Doug Scott was able to exploit that fact to help one of our insureds “repair” a problem and avoid a claim.

Late one afternoon, Doug took a call from a frantic Toronto area lawyer who explained that a limitation period to sue on a business contract was expiring that day and the court office was now closed.

His clients knew about the limitation period, but had told the lawyer weeks earlier that they were not going to sue and were going to file for bankruptcy. Then, the day before, they had rushed into his office to tell him that they had changed their minds. They were not going to file for bankruptcy after all, and they wanted him to sue. The lawyer had prepared a draft statement of claim, but had not yet filed it.

Knowing that Kenora (near the Manitoba border) is one hour behind the rest of Ontario, Doug told the lawyer to immediately contact a law firm in Kenora, hire it as his agent, dictate over the phone a Notice of Action, and have that notice issued in Kenora before the court office closed.

The plan worked perfectly. The lawyer found a Kenora law firm to help him and was able to have the Notice of Action issued before the limitation period expired.

This is but one example of the kind of low-profile repair work that LAWPRO does all the time to help lawyers avoid claims – and their clients avoid losses.