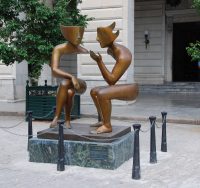 Lawyer/client communication-related claims are the number one source of malpractice claims in all areas of practice. These claims can arise when there is a mis-communication or no communication at all. The lawyer and client can be confused over who is doing what. Were instructions received but ignored? Was the lawyer supposed to do something which wasn’t done? Was a recommendation not taken and subsequently regretted, leading to the client ultimately blaming the lawyer? Good practice habits can help eliminate these problem areas. Let’s take a look at the habits that can help you take instructions and give recommendations effectively.

A habit consists of four basic elements: a cue, a routine, a reward, and a belief that the habit is worth having (see Charles Duhigg’s The Power of Habit: Why We Do What We Do In Life and Business). When the client gives you instructions (cue), document the exchange (routine). This creates a means to review the instructions later if necessary, and at the same time protects you in the event of a claim (reward). This is a simple habit but easy to overlook. In the event of a malpractice claim, if the instructions are not ultimately carried out, and the exchange not documented, a court may tend to favour the client’s evidence over the lawyer’s. This is because the typical client has very few interactions with a lawyer, sometimes as little as one to three, and the client’s memory of each interaction is likely to be deemed credible. On the other hand, the typical lawyer has a number of clients, and over the years may not remember the few interactions that occurred with any one client. The lawyer’s recollection of what the client said may then be deemed, at least on the face of it, to be less credible.

However the client’s instructions are delivered, whether by text, email, phone, or in a meeting, document the exchange during the meeting or immediately after. If you’re not in the office and have no ability to document it perfectly, such as by opening up your practice management software and creating a note, or using a laptop to draft a confirmation letter or email, figure out another way to record the instructions. Email yourself using your phone, write it down on a piece of paper, even use the old “paper napkin” approach if that’s all you have. A practice habit like this should be followed through every time with no exceptions.

Recommendations you give should be treated in the same way. Document the exchange. A complex issue can be addressed by writing a letter to the client confirming your recommendations. If you are pressed for time, though, an email will do.

A danger area is when the client refuses to follow your recommendation and instructs you to take another course of action. If the ultimate outcome is not favourable to the client, you may be blamed for not explaining the risks. So write or email the client immediately following such instructions. Outline the reasons for your recommendation, and confirm the fact that despite this, the client instructs you to take a different course of action.

The majority of malpractice claims arise from practice management-related failings, including missing deadlines and not performing conflict checks. Fortunately, these are areas where lawyers can easily improve with a little training. Building a practice habit by paying attention to cues like giving recommendations and taking instructions, and responding consistently by documenting the interaction, can ease the stresses of law practice. Months later, when a client or court asks you “what did the client say?”, “what did you recommend?”, “did you explain the risks?”, you can simply refer to the history you’ve documented. Many of the situations you face arise in the same way – react to them well and protect yourself from a malpractice claim.