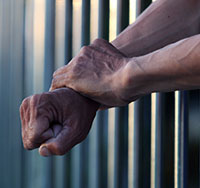 Though the rate of malpractice claims flowing from criminal cases is lower than in other areas of law, the number of claims in this area is on the rise of late, and for many of the same reasons we see in other areas. The most important cause? Issues with lawyer-client communication.

An area of particular vulnerability to error is the plea conversation. Consider the lawyer’s and the client’s different perspectives on the client’s account of the facts:

The lawyer: has listened to dozens, perhaps hundreds, of clients explain the circumstances leading to the charge(s). For an experienced lawyer, identifying the appropriate plea can become second nature. As he or she listens, counsel considers the client’s story against the backdrop of every previous client’s story, and the relative strengths and weaknesses of the particular client’s case become apparent.

The client: is describing the details of a prominent life event – circumstances that culminated in what may have been his or her first conflict with the law. He or she lacks the experiential context to put those events into broader perspective.

At the conclusion of the interview, the lawyer will make a prediction about the likelihood that client will be convicted and the range in which the sentence will fall. The client will often not have the experience to do so.

The result? The lawyer views the plea decision as a “no brainer”, while the client perceives it as a “shot in the dark”.

This difference in perspective is dangerous, because unless the lawyer takes the time to clearly and thoroughly explain his or her analysis of the case to the client, there is a risk that the client who chooses to plead guilty will regret that choice, and, believing that the lawyer “gambled and lost” by recommending a guilty plea, will make a claim against the lawyer.

Most defence lawyers understand this risk, but as their practices grow, they may not always take the time to provide a detailed explanation of their plea advice and the reasons for it. The temptation to assure the client that “your lawyer knows best” often arises.

Our experience with claims confirms that this temptation must be resisted. To avoid cutting communications corners, lawyers must remain disciplined and follow good communication procedures in every case, including:

Is it essential to document plea instructions? Perhaps not, but failing to document appears foolhardy in the face of decisions like R. v. Dobson (2010 ONCJ 161 (CanLII)) in which the Ontario Court of Justice found that the client had likely given verbal authorization for a guilty plea, but overturned the plea anyway (and found that the paralegal agent had not provided competent representation) after noting that “…there were no proper written instructions.”

One of the realities of a busy criminal practice is that “meetings” between lawyer and client often take place in the courthouse, immediately prior to appearances. The prevalence of this practice does not make it good practice. In R. v. Walsh (2006 CanLII 7393 (ON CA)), a child pornography case, the court noted: “The lawyer’s communication with his client could have been much better. Brief meetings at the courthouse are not the most satisfactory way to communicate, particularly when counsel is handling as many as eight or ten cases a day.” It is also less likely that the content of such meetings will be appropriately documented in the client file. Whenever possible, and especially where charges are serious and the client is not in custody, take the time to discuss the plea at a meeting at your office.

When communicating about pleas, it is not sufficient to simply explain the terms of any joint submission that might be offered in exchange for a guilty plea. Counsel should also consider the impact of a guilty plea on the client’s way of life. This may include making inquiries about the client’s career and lifestyle aspirations sufficient to allow the lawyer to consider the impact of a criminal record and sentence on the individual client.

For example, a client who needs to travel outside the country (like a truck driver) may find her mobility hampered by even a minor drug conviction. A client who aspires to coach minor sports may be prevented from doing so if he receives an assault conviction. A client whose work requires him to work with vulnerable individuals or in finance may be hampered by any kind of conviction, as will a person who aspires to politics. While a lawyer cannot be expected to anticipate all of the potential consequences of a plea on a client’s future, the lawyer should at minimum urge the client to consider these contingencies.

Remember: If the client alleges that he or she was surprised by any consequence of the plea, you’re vulnerable to a claim.

This article by Nora Rock (corporate and policy writer at LAWPRO) originally appeared in The Lawyers Weekly published by LexisNexis Canada Inc.