Easements: more than meets the eye 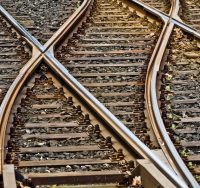 The recent Court of Appeal decision in Remicorp Industries Inc. v. Metrolinx makes it clear that non-use or the lack of need for an easement is insufficient for that easement to be abandoned or extinguished at law. A solicitor should advise their client of registered easements, even if they do not appear to be in use, and in so doing, can prevent later headache and expense.

At issue in this case was a property in Toronto that was sold in 2002 by the Canadian National Railway Company (CN) to Remicorp Industries, a concrete manufacturing company. The transfer from CN reserved two easements, for maintenance and access, over two different parts of the property. The easements were for use by vehicles and equipment in conjunction with the abutting lands and tracks owned by CN. The maintenance easement was not at issue in the case; the access easement was the easement under dispute.

In 2010, CN transferred its interest in the rail corridor lands to Metrolinx, an agency of the Government of Ontario, and the operator of the GO Train network and the Union Pearson Express. The transfer to Metrolinx included CN’s rights to both easements. While Metrolinx used the maintenance easement, it too never used the access easement, nor did it exercise its option to have the access easement relocated.

As Metrolinx’s use of the railway corridor intensified, the parties had unsuccessful discussions about the sale of Remicorp’s property to Metrolinx. Remicorp sought a declaration from the Superior Court of Justice that the access easement was abandoned and extinguished, or in the alternative, to relocate the access easement pursuant to the 2003 Easement Agreement. The applications judge ordered the easement to be relocated. On appeal, the Court of Appeal reversed the decision and restored the original access easement.

The Court of Appeal reasoned that an easement can be abandoned if expressly or impliedly released (that is, non-use coupled with an intention to abandon). Neither CN nor Metrolinx had released the easement. In citing its own 1927 decision in Liscombe v. Maughan, the Court of Appeal stated that non-use, on its own, is insufficient to conclude that an easement has been abandoned. The Court further cited the 2009 decision of the Superior Court in 2108133 Ontario Inc. v. Kabcan Foods Ltd., and held that CN had not knowingly, and with full appreciation of its rights, determined that it should abandon the access easement.

The Court of Appeal held that the applications judge erred in finding that the access easement was extinguished by operation of law because even if Metrolinx did not use or need the easement, the purpose for which it was created had not come to an end. Citing the 2006 Superior Court decision in Fyfe v. James, the Court of Appeal reasoned that although relocating the access easement would achieve a similar result, neither CN nor Metrolinx exercised their option under the Easement Agreement, and the grant of the access easement in the 2002 deed did not contemplate it being extinguished by alternative access or a time limit.

In citing its 1926 decision in Re Ontario Lime Co. Ltd., the court stated that the judiciary should exercise its discretion to discharge or modify conditions or covenants, including easements, with the greatest caution. The Court of Appeal found that in ordering the access easement relocated pursuant to the 2003 Easement Agreement, the applications judge erred by effectively exercising Metrolinx’s option without consideration or compensation.

The Court of Appeal reiterated the notion of easements as being “actually or potentially valuable rights.”(Gale on Easements, 20th ed. (London: Thomson Reuters (Professional) UK Limited, 2017) at para. 12-26.) The court ordered Remicorp to remove the encroachments on the easement within six months, and awarded costs to Meterolinx.

This decision demonstrates that real estate lawyers who find easements noted on title should advise their clients about them, and requisition their removal if the client so instructs. This is true even if the easements appear disused, or the use of the property has changed over time. Although the Remicorp decision dealt with commercial property, its rationale applies equally to residential properties, farms and vacant land. As the old adage goes, an ounce of prevention is worth a pound of cure.