“Zombie” transfers can come back to haunt you 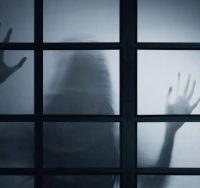 The bottom line: A dead person cannot convey an interest in land

In this decision the wife and husband held joint ownership of the matrimonial home. The wife, unknown to her husband, sought to sever the joint tenancy so that her children from an earlier marriage inherited her 50% interest in the matrimonial home. She met privately with her lawyer and signed the Acknowledgment and Direction with clear intentions and instructions to register the severance without delay. However, through inadvertence (the documents were misplaced), the lawyer failed to register the transfer until after her death. The husband sought a declaration that he held 100% of the ownership. By the time this case came before the court, the home had been sold to third parties.

The judge in this case confirmed that it is the “delivery” and not the actual “registration” of the deed/transfer that determines if a joint tenancy has been severed. Evidence of delivery is that the party whose transfer it is, must by words or conduct, expressly or impliedly acknowledge their intention to immediately and unconditionally be bound by the terms set out in the transfer/deed. In this case, the client “fully and unconditionally relinquished control of the documents to sever the joint tenancy and trusted that the lawyer would immediately register the severance documents.”

It was decided that the tenancy was severed and the husband and wife’s estate each were entitled to 50% of the proceeds of sale.

However, the judge stated the “zombie” transfer was problematic as it contained false law statements concerning the transferor’s martial status and age as if she were alive, in order that the transfer be accepted for registration by the Land Registry Office. The date of death was also changed in order to effect the registration. The judge stated that Ontario’s land registration system relies on the expectation of honesty, integrity and accuracy of lawyers’ law statements. Lawyers that are knowingly holding on to “zombie” deeds to register after the transferor’s death will find themselves unable to register those deeds and without recourse to the courts.

The judge in the recent case considered Winarski, but distinguished it because the transfer in that case was never registered, and was executed in a Registry form before the property was converted to Land Titles. Nevertheless, an argument can be made that the cases are inconsistent.

The bottom line? In light of the recent case, don’t rely on Winarski to register a “zombie deed”. If you hold an executed transfer or Acknowledgment which was intended to take effect, and the transferor dies before you register, do as the recent case suggests: Bring an application for a declaration of an interest in land, a certificate of pending litigation and a vesting order. Put all the evidence before the court and let the court decide.