Too Quick on the Buzzer: Default Judgment and the Potential Consequences of Engaging in Sharp Practice 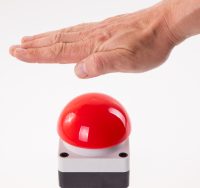 Would-be lawyers learn the importance of professionalism and civility as outlined in the Law Society’s Rules of Professional Conduct and The Advocates’ Society Principles of Civility.

However, in practice, a grey area can sometimes develop between fiercely advocating for a client and engaging in sharp practice.

At LAWPRO, we’ve seen many claims relating to lawyers noting an opposing party in default and/or moving for default judgment, usually without sufficient notice.

Courts do not look kindly upon a party causing unnecessary delays and racking up costs by aggressively noting a defendant in default without notice or in other inappropriate circumstances, such as where the defendant has indicated an intention to bring a motion to strike the claim. Barring any egregious conduct or considerable delays, a noting in default or default judgment will usually be set aside by the court.

Bringing such motions can also result in opposing counsel refusing to give indulgences to you in future, thereby prejudicing your clients and potentially leading to claims against you.
Best practice is to be reasonable and set deadlines well in advance of noting a party in default. Before considering such a motion, agree to a timetable on consent or bring a motion to set a timetable. Even when a party has been noted in default despite being aware of these reasonable timelines, continue to advise them of any future dates, including dates for a motion for default judgment.

Engaging in sharp practice, in this case noting a party in default and/or obtaining default judgment, may result in coverage issues under your LAWPRO policy.

The nature of your conduct in the underlying litigation will determine the extent to which you will be indemnified for costs awarded against your client under the Policy.

The court’s findings may put your conduct outside of coverage. For instance, it may be arguable that the conduct in question was malicious in nature, thereby excluding you from coverage under Exclusion “A” of the Policy.

A costs award that amounts to a penalty sanctioning a lawyer’s behaviour would also not attract coverage. The Policy only covers costs that are compensatory in nature and excludes costs awarded amounting to penalties imposed as a result of a lawyer’s conduct.

Finally, unnecessary fees paid by a client for these motions can result in fee disputes, which are not covered under the Policy, and which can then potentially lead to negligence claims. It is also possible that a client will pursue you for fees incurred as a result of having to consult with independent legal counsel.

Resist the temptation to bring these motions without ample notice and deadlines set well in advance. Doing so will spare you and your client from headaches down the line.