Risk management strategies to reduce your risk of a claim under the new Rule 48.14 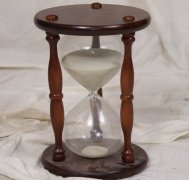 Effective January 1, 2015, a new Rule 48.14 brought significant changes to the administrative dismissal regime in Ontario. After several hundred claims and more than $7 million in claims costs over the last three years, LAWPRO was happy to see old Rules 48.14 and 48.15 revoked.

However, while LAWPRO believes the new rule will stem the tide of administrative dismissal-related claims under the old rules, there is no doubt that the changed deadlines, processes and transition provisions under the new Rule 48.14 introduce new claims risks that may trap the unwary lawyer. This article provides direction on the steps lawyers and law firms can take to lessen their risks of claim under the new rule. For ease of reading, all references to Rule 48.14 in this article are to the new rule, unless noted.

The transition provisions provide the following:

LAWPRO strongly encourages all lawyers to take steps to familiarize themselves with the changed requirements under the new Rule 48.14, and in particular, the transition provisions. Firms should update the dates in tickler systems to reflect the new administrative dismissal and ultimate set down deadlines for all open files. Remember, the courts will be dismissing actions without sending notices of any type to parties or their lawyers – your tickler systems must remind you of relevant dismissal deadlines. On the upside, the rules are simpler and lawyers will not be subject to the vagaries of a notice system that varied across different counties.

As a best practice, go beyond just entering relevant dismissal deadlines in your tickler systems. Establish a timetable for each matter and enter start and finish reminders for each stage into your tickler (e.g., file defence, file affidavit of documents, complete discoveries, answer undertakings, etc.). Some accounting and practice management products allow you to automatically enter a standard series of tickler dates.

Who knows what the reaction of the courts may be when you have had five years instead of two to move an action along and are still seeking to avoid a dismissal? You really don’t want to put yourself in the dangerous position of missing a dismissal or not having enough time to complete necessary steps in an action that is coming up to a dismissal deadline. Prevent this from happening by setting a realistic timetable with milestone reminders to help you keep your file moving along.

Every matter is unique and there are many reasons why the work may proceed at different rates. However, when it comes to the reasons for a file to become stalled, LAWPRO sees the same causes over and over again. This list highlights the most common reasons why work on files stops, and how to get back on track:

Call LAWPRO if you have a show cause hearing

Lastly, remember that if you are required to attend a contested show cause hearing there is the potential for a claim and you should contact LAWPRO immediately so you can get help with dealing with it.

LAWPRO encourages all lawyers to familiarize themselves with the requirements under the new Rule 48.14, and to make all necessary changes to internal firm systems and processes to deal with the requirements under the new rule. While claims will always happen for reasons beyond your control, many of the claims risks under Rule 48.14 can be significantly reduced or eliminated with some proactive claims prevention efforts. Keep your matters moving along so you are never in the awkward and dangerous position of having to explain an inordinate delay to a judge.