Surprise! You have a franchise 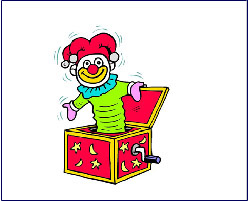 Are you sure the company for which you’re handling an Ontario commercial transaction is not a franchise?

Really sure? Because if you’re wrong, and your client meets the statutory definition of a franchise, the company is bound by the strict disclosure requirements of Ontario’s Arthur Wishart Act. Non-compliance with these can mean that parties entering into contracts with your client company − even if none of these contracts is described as a franchise agreement − may have the right to remedies, including even the right to repudiate those contracts.

In the decision in 1706228 Ontario Ltd. v. Grill It Up Holdings Inc. (2011 ONSC 2735 (CanLII)), the court stated: “The expansive definition of ‘franchise agreement’ in the Arthur Wishart Act is clear: if the substance of the relationship is a franchise, it matters not whether the parties sign a document called a ‘franchise agreement’.”

Not only is missing the fact that one’s client is a franchisor embarrassing for a lawyer, but claims based on franchise law, while not the most common type of claims reported to LAWPRO, are uncommonly expensive to resolve. So what should you be looking for? While it’s important to review and understand the long and detailed definition of “franchise” in the Arthur Wishart Act, here are some of the indicia of a franchise:

The most likely scenario in which a lawyer might fail to identify a commercial transaction as a franchise arrangement is when dealing with a NEW franchise – when the party behaving as a franchisor is not yet fully aware that they are creating a franchise. The lesson for lawyers? Get into the habit, when representing clients in commercial transactions, of thinking about what’s being offered in terms of assistance, and what’s being required in terms of control, so that if a client seems to be creating what might be judged a franchise, you’re ready to advise about his or her disclosure obligations.