Are You Being a Lawyer or Building a Practice? 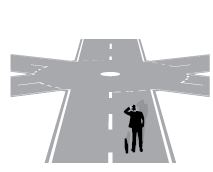 Jay Harrington, writing in Attorney at Work, describes the journey from student to lawyer as a “well-lit path”, while figuring out the direction of one’s legal career is like venturing off into uncharted territory. There can be many routes to get where you want to be, as long as you have a clear destination in mind.

Are You Being a Lawyer or Building a Practice? says that without having a clear idea of how you want your practice to evolve, one is only ‘being a lawyer’ and at the mercy of the influences and preferences of others. There are some great examples given of the kinds of questions lawyers should be asking themselves in terms of the work they are doing, organizing their time and being proactive instead of reactive.

New lawyers wanting to make sure they start off on their career journey with on the right foot will also want to read Student to Lawyer: 20 Tips for a Successful Transition from the student issue of LAWPRO Magazine.