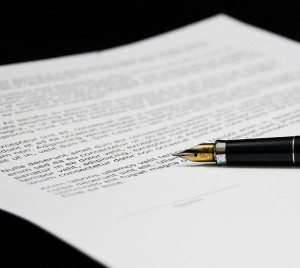 Given the complexity and the number of commercial agreements drafted each year in Ontario, it is surprising that corporate and commercial claims account for only 13 to 15 per cent of the number of claims reported against lawyers in Ontario annually. Although commercial leasing errors represent a small percentage of those claims, they illustrate where drafting errors occur – and how they can be avoided. Even a simple drafting error could be a costly mistake that leads to protracted litigation. So making an effort to catch and avoid errors is a worthwhile investment of your time.

One of the issues involved in drafting commercial leases, and indeed many other types of agreements, is the number of changes that aremade between the initial draft and the final version. Lease transactions for example, often involve lengthy negotiations, with several drafts being circulated before the final agreement is executed. During such a tiring process, it is not surprising that, for example, a draft agreement which stipulates that the lease of the premises would be on a “triple-net basis” (so that the landlord would not be responsible for any payments under the lease) is mistakenly changed so that the final agreement stipulates that the lease is on a “net-net basis” (creating additional obligations on the landlord). Similarly, a practitioner drafting a lease for a commercial unit may forget to include a right to use of the parking lot for the unit.

To avoid these types of drafting errors, have someone not involved in the transaction proofread each draft, with an eye to finding inconsistencies between the drafts and the final version of the document.

A significant drafting error can result in a substantial claim for liability. One such LAWPRO case involved a solicitor who failed to recognize that a draft lease treated the calculation of an administration fee obligation differently than the final executed lease agreement.

The agreement to lease stipulated that the tenant would pay for various items including an administrative fee of four per cent of the operating costs, taxes and utilities.

However, the final executed lease agreement stated that the operating costs for the commercial condominium included an administration andmanagement fee of four per cent of the rents received or receivable by the landlord from the tenants of the commercial condominium. The four per cent fee concept contained in both versions of the lease may have lulled the drafter into overlooking the change. However, the difference in wording between the two versions resulted in the tenant owing substantially more over the full term of the lease.

What should the solicitor in this case have done differently? This type of situation could have been avoided if the solicitor had kept track of the differences between the draft lease and the final version, explained the consequences of the change in wording to the client, and received clear instructions (preferably in writing) from the client to finalize the lease.

In any type of agreement, unusual clauses are often complicated and can be difficult to understand. Clients are more likely to simply skim over such clauses, and may not fully appreciate how the clause will affect the client’s overall interests. If the clause does not reflect the client’s intentions, the lawyer may end up with a claim on his hands.

So, for example, when negotiating and drafting a commercial lease, it is easy for a solicitor to be consumed with the usual key issues such as the monetary terms of the agreement. But a deal is not fully considered, and a lease is not properly drafted, unless the client’s overall interests have been sufficiently contemplated and addressed. A lease may impose certain use covenants or other restrictive covenants, or bind the client as a guarantor. These can have serious implications for the client, and may be terms that the client never would have accepted had he or she understood what the lease actually says.

When discussing the terms of any agreement with a client, take the time to explain significant or unusual clauses. Ensure that the client fully understands the implications of each and every term and clause in the document. And document these discussions for future referral. Test the clause on yourself: Do you understand what it means? If you have trouble understanding a clause, chances are your client will not understand it either.

Pay special attention to termination provisions to ensure your client fully understands all possible scenarios under which a leasing or other commercial relationship could be terminated. A good example is one of our recent files in which a solicitor prepared a commercial lease for a landlord client. When the tenants could not obtain a building permit to renovate the premises, they terminated the lease. The landlord claimed against the solicitor for inappropriately drafting the lease so as to allow the tenants to exit the agreement.

Practitioners should call attention to clauses that are significant and which may terminate the agreement, and should canvass possible “termination scenarios” with the client to ensure that the lease accurately reflects the client’s intentions and understanding of the terms of the relationship.

Many agreements, including leases, are drafted with renewal options or rights. Although your client may be perfectly aware of the option to renew, he or she may not be familiar with the mechanics of renewal. For example, a lease may contain written notice requirements or deadlines by which to apply for renewal. Failure to comply with these requirements may result in a renewal not taking effect.

If there are renewal dates, advise your client about any conditions and procedures associated with the option to renew. You may also want to establish who has responsibility for renewal from the outset. It helps to clarify this in writing, so that there can be no uncertainty later on.

In drafting any type of agreement, it is often convenient to simply tweak standard form clauses (or even an entire boilerplate agreement) to suit the client’s particular situation. However, lack of attention to detail and sloppiness in drafting terms can result in ambiguous,misleading or even conflicting terms and obligations. This could affect future transactions where others look to and rely on the terms of the document as originally drafted.

For example, an individual may decide to buy a business based, in part, on a particular understanding of the terms of the lease agreements that govern the business. Sloppy drafting that creates ambiguities on what the wording of the lease actually means may result in the business having lessmarket value than the purchaser initially thought. To avoid uncertainty and possible future disputes, make sure the intention of the original parties to the lease ismade clear. If you have delegated the drafting of a lease to a junior member of your staff, it is essential that you review the lease and ensure that they understand the implications of all of the clauses.

Other claims are made against lawyers when they are acting for clients who are making business decisions based on the terms of an agreement. For example, if clients are purchasing commercial properties, the terms and value of ongoing leases are extremely important. You should review each of the ongoing leases carefully to ensure that your client understands the value and consequences of each of the terms. It is one thing for you to understand the terms of a lease. It is quite another thing for your client, and ultimately it is the client who makes business decisions.

No matter how hard we try, some drafting errors are inevitable. What’s important is that these mistakes don’t end up forming part of the final executed agreement. Equally important is the need to discuss the terms with the client. A commercial relationship will run more smoothly if the final executed document clearly reflects the intentions of the parties to the agreement. Diligence in drafting is the first step. If there are significant onerous and complicated clauses, be sure to draw these to the attention of your client and document these discussions.

Keep these practice tips in mind when drafting a document for your clients and you will decrease your exposure to a malpractice claim.