How LAWPRO stood up for lawyers in 2016 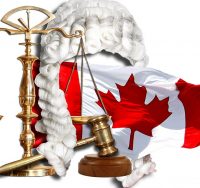 The great majority of claims reported to LawPRO are either abandoned, settled, or resolved through mediation or arbitration. But if we hope to preserve reasonable and fair limits on the scope of lawyers’ responsibilities, we must occasionally go to court. Our litigation track record is proof of our sound judgment about when to go to trial, pursue an appeal, or bring a summary judgment motion. We win the majority of cases we take to trial. Our commitment to all of our insureds is at the heart of each decision to go to court on behalf of one of them.

Advice is for the client, not others
A large Toronto law firm was retained by the promoters of a natural resource project to provide a preliminary, limited scope tax opinion. The opinion correctly stated that investors could get a tax deduction for expenditures actually made in developing the project. The law firm stipulated that the opinion was for the benefits of the promoters only.

The promoters, who turned out to be fraudsters, falsely represented to investors that a large Toronto firm had opined that retractable promissory notes were legitimate expenditures and were tax deductible. The investors lost their investments and their tax deductions, and sued the promoters and the law firm (2016 SKQB 380). They obtained judgment against the promoters, but their claim against the firm was dismissed. The Saskatchewan Court of Queen’s Bench held that the firm owed a duty to the client promoters only, not the investors, and in any event, nothing that the firm did caused the investors’ losses. The investors had relied on what the promoters told them, not on the legal opinion. The action was defended by LAWPRO and the firm’s excess insurer.

The Ontario Superior Court dismissed the claim. To the extent the credit report disclosed the existence of formal collection proceedings pursued by third parties against the plaintiffs, and/or judgments obtained by third parties against the plaintiffs, these were a matter of public record. Even if the Equifax report contained information properly characterized as information about the plaintiffs’ “private affairs and concerns,” which was “invaded” by the firm’s obtaining the report, the firm had lawful justification for doing so.

Defending the limits of lawyers’ responsibility
An estate beneficiary brought an action alleging breach of trust, breach of fiduciary duty, and negligence (along with other torts) against multiple parties including the estate trustee, financial advisors and a LawPRO insured lawyer who had been retained by the estate trustee (2016 ONSC 1496; 2016 ONSC 3532 (Costs)). The suit was based on several allegations, the most important of which was that the estate trustee had sold shares in a family business without authority to a relative of the deceased who had been a part owner in the business prior to the sale. The plaintiff alleged that the lawyer was negligent in advising the estate trustee with respect to the sale, had colluded with her, and had allowed her to abdicate her decision-making authority to the lawyer, such that the lawyer became liable as a trustee de son tort for her actions.

However, upon analysis, the Ontario Superior Court found that the plaintiff suffered no loss related to the actions of the lawyer. The estate trustee neither committed fraud or dishonesty nor abdicated her authority to the lawyer, so there was no basis for liability as a trustee de son tort. Finally, the court noted that the lawyer owed a duty of care to the trustee. It is only in unusual circumstances that a lawyer for an estate trustee owes a duty of care to a disappointed beneficiary, and these were not such circumstances.

Law firm not liable for lawyer practising “in association, not partnership”
A plaintiff brought a defamation case against a lawyer. The plaintiff also alleged that the law firm with which the lawyer shared work space was vicariously liable for her actions. The defamation allegations were based on letters sent to a variety of recipients, including lawyers, a member of Parliament, indigenous leaders, and a web blogger. The blogger is alleged to have published some portions of the communications. The letterhead on which the letters was printed described the insured as “practising in association, not in partnership” with the firm. The space-sharing arrangement between the lawyer and the law firm provided for the lawyer to share a mailing address, phone and fax lines, office equipment and a receptionist with the firm. The lawyer practiced an area of law not practiced by the firm, and had her own separate document management software to which the lawyers of the firm did not have access.

The law firm brought a motion (2016 ONSC 7964) in the Ontario Superior Court of Justice for summary judgment, requesting that the action against it be dismissed. The court found that there was no holding out of partnership. The plaintiff asked the court to find, as a matter of public policy, that for policy reasons, the lawyer should nevertheless be treated as either a partner or employee of the firm, because lawyers “practising in association” should be treated as part of a “collective identity.” After considering the details of the space sharing arrangement and in particular the written and online marketing communications by the firm, the court rejected that argument. Not only were the communications clear, but, given the arrangement between them, the firm could not reasonably be expected to supervise the lawyer, who ran her own independent practice. The court granted summary judgment and dismissed the action against the law firm.

Arguing for limitation defences
Notwithstanding our commitment to protecting our insureds from liability where appropriate, two judgments from the Court of Appeal will make it more difficult in future to establish limitation defences in solicitors’ negligence cases.

In the first case, the Court of Appeal set aside a motions judge’s decision that a claim against the plaintiff’s ex-solicitor was statute-barred (2016 ONCA 223, allowing appeal from 2015 ONSC 1162). The defendant solicitor had originally acted for the plaintiff. Another solicitor subsequently took over the plaintiff’s claim. When the second solicitor issued the statement of claim, the tortfeasor pleaded that the action was statute-barred. The Court of Appeal found that the claim against the first solicitor did not arise until the tortfeasor actually pleaded a limitations defence, not when the
second solicitor was retained.

The second case involved a claim based on the allegedly improvident settlement of a personal injury matter. The plaintiff filed her claim in negligence against the insured nearly six years after the date of the settlement. Over the course of those six years, the plaintiff suffered serious lingering effects from the accident. Upon consulting another lawyer, the plaintiff was advised that she might have a claim against the insured.

The insured brought a motion for summary judgment on the basis that the malpractice claim was statute-barred. The motions judge agreed. The plaintiff appealed (2016 ONCA 327, allowing appeal from 2014 ONSC 166), and the Court of Appeal granted the appeal, finding that the limitation period did not begin to run until the plaintiff retained new counsel and obtained an expert report.