Repairing errors in 2016 to head off claims 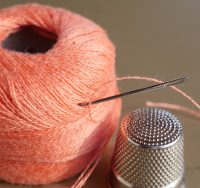 Timely efforts by LawPRO to “repair” errors committed by lawyers save the Ontario bar millions of dollars every year. To preserve these repair opportunities, lawyers should contact us as soon as it becomes clear that a mistake may have been made on a file.

LawPRO successfully argues for rectification of a will provision
A multi-million dollar claim was averted when the Ontario Superior Court ordered that a will be rectified to properly reflect the instructions a testator gave to a LawPRO insured (2016 ONSC 8150). The insured made a drafting error, misstating the number and type of shares in the testator’s company that the estate trustee was directed to sell. The insured unequivocally admitted his mistake, and the testator’s accountant confirmed the insured’s evidence. The insured and the accountant provided evidence about the intended number and type of shares. The court accepted that the error was an accidental slip, and granted rectification.

Successful appeal gets matter returned to trial list because prejudice not established
After suffering an injury in 2008 on premises controlled by the Border Services Agency, a plaintiff brought an action against Border Services and an additional defendant who had control over conditions at the accident location. Border Services cross-claimed against the second defendant. After the suit was filed, the plaintiff learned that the second defendant was subject to an order under the Companies’ Creditors Arrangement Act, and that the plaintiff’s action against it was automatically stayed. The action languished for some time, in large part because the plaintiffs’ solicitor had difficulty in resolving how to deal with the claim against the second defendant. Plaintiffs’ counsel received a status notice in March 2012. His staff inadvertently failed to request a status hearing. The action was dismissed.

LawPRO appealed (2016 ONCA 187), arguing that alleged prejudice caused by the plaintiffs was not established, and that the delay was caused by the difficulties the plaintiffs faced in dealing with the insolvency of Border Services’ co-defendant. The appeal was allowed, reinforcing the liberal “set aside” cases decided by the Court of Appeal in the past several years.

Lack of due diligence a factor, but not determinative, in analysis of claim discovery delays
In overturning a lower court’s dismissal of a motor vehicle accident claim as statute-barred, the Court of Appeal reviewed the use of evidence of due diligence (or lack thereof) to establish undue delay in the discovery of claims (2016 ONCA 249). The court acknowledged that due diligence is relevant when applying s. 5(1)(b) of the Limitations Act, 2002; however, “whether a party acts with due diligence is a relevant consideration, but it is not a separate basis for determining whether a limitation period has expired.”

This ruling has proven useful, in subsequent cases, in establishing that the claims were not statute-barred, even where the plaintiffs and their solicitors were not diligent in investigating potential claims.

Plaintiffs need not demand information from adverse parties ahead of discovery process
The Court of Appeal affirmed [2016 ONCA 585, affirming 2015 ONSC 6177, 127 O.R. (3d) 260] a lower court judgment that stated “it would not be in the interests of justice to encourage an overly muscular development of the concept of pre-discovery due diligence.”

The plaintiff in the case fell from an elevated dance floor in a nightclub. The plaintiff sued the tenant who operated the nightclub. The tenant did not suggest that the landlord was involved in constructing the elevated dance floor until its examination for discovery. The Court of Appeal affirmed that the plaintiff was not obliged to seek information from adverse parties prior to documentary and oral discovery, in circumstances where those adverse parties have no legal obligation to provide the information. This case is likely to be useful in future motions to add defendants after a limitation period has ostensibly passed.