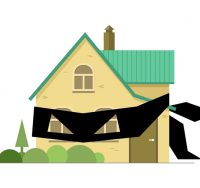 With housing prices on the rise, more rigorous mortgage rules, and the resulting difficulty for some Ontarians to purchase property, real estate lawyers should be mindful of fraud for shelter.

Fraud for shelter differs from traditional real estate frauds. Usually in a real estate fraud, the goal is to fraudulently sell the property or to run with mortgage funds. In a fraud for shelter there is a genuine intent to purchase a home in order to live in it. Usually the resident sincerely intends to keep up with mortgage payments to continue to live in the property. The issue is that the purchaser may not be able to afford the property, and takes inappropriate steps to finance the purchase.

There are different types of frauds for shelter and different risks for lawyers, as highlighted by these three examples:

Lawyers in the majority of residential real estate matters represent the lender as well as the borrower, and have a duty of care to both. The duty of care to the lender is sometimes overlooked. In some cases, a purchaser may falsely inflate income or fail to disclose liabilities in order to qualify for a mortgage. If the lawyer acting for both the purchaser/borrower and lender learns of a purchaser/buyer effort to falsify income and/or liabilities, then the lawyer must disclose this to the lender client.

As we have previously noted, in this scenario, people who don’t qualify for a mortgage enlist the help of a straw buyer such as a “friend” or family member. The straw buyer, for a fee or other reasons, becomes the borrower and takes title to the property. The straw buyer presents to the lawyer as the happy purchaser of the home. In effect, straw buyers are selling their good credit. They have no intention of living in the home. The person(s) who hired the straw buyer will move in and promise to make the mortgage payments.

The risks for lawyers in this arrangement are obvious: When the person(s) behind the scheme default on the mortgage, the “friend” or other straw buyer will be on the hook, pursued by the bank and facing financial ruin. The straw buyer may sue the lawyer claiming to be unaware of what they were getting into, or that the lawyer knew (or should have known) that the purchase was on behalf of others and should have advised the straw buyer of the consequences of defaulting on the mortgage.

For lawyers representing the purchaser/borrower and lenders there is the additional risk that in the event of a default, the lender may bring claims against lawyers for failing to disclose all the relevant information they knew (or should have known).

There may be warning signs that this type of fraud is occurring, such as:

3. Additional financing such as by secretly stacking mortgages:

a) Secretly stacking mortgages before closing

In a typical first mortgage, the lender is providing funds on the basis that the borrowers are using their own funds to cover the balance of the transaction. Where the lawyer represents both the purchaser and the lender, and is asked to act on additional mortgages, the lawyer will need to advise the lenders of the client’s efforts to seek additional funds.

Where the purchaser seeks to retain new counsel to act on the subsequent mortgages being used to facilitate the purchase, there is a high risk that the second lawyer is being retained to avoid disclosing the additional financing to the lender of the first mortgage.

b) Secretly stacking mortgages after closing

If the purchaser seeks to retain new counsel to act on the subsequent mortgage, the lawyer should advise the client that taking out a second mortgage may subject the first mortgage to a default and document having provided this advice (such as through a client acknowledgement).