Inside the Lawyer’s Mind Part 2: Autonomy 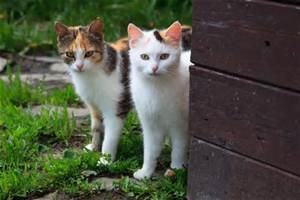 Following up on my previous post on lawyers’ personality traits, we discuss autonomy, a trait that helps lawyers do their job but makes them poor bedfellows in a law firm environment. Dr. Larry Richard states in our LAWPRO magazine article “Herding Cats: The Lawyer Personality Revealed” that studies suggest high achieving lawyers score in the 89th percentile of this trait, which measures the degree to which a person is sensitive to externally defined rules, policies and procedures. A high autonomy score means that the person is more likely to be unresponsive to authority, find guidelines restricting, and dislike structured working environments.

The autonomous lawyer is a lawyer’s lawyer. She determines on her own what the best course of events are. She will not be dictated to and is self-reliant in her understanding of the law. She is not afraid to take creative steps to achieve her or her client’s goals. She is a trail-blazer.

However, as a leader the autonomous lawyer does not foster teamwork. While she provides an inspiring example as a capable lawyer, she is loathe to give up control. She will keep information to herself and only disclose on a need-to-know basis. She is distrustful of others to do work she’d rather do herself. In partner and law firm meetings she is more concerned with individual performance than team-building.

If the goal of a law firm is to have the “best” lawyers it is easy to see that it may well end up accumulating a slew of autonomous lawyers. Each lawyer will want to do his own thing. For this reason Dr. Richard calls the attempt to get them on the same page “herding cats”. The problem is that where leadership is filled with autonomous lawyers, the ability of the firm to weather storms is undermined. Without a strong bond – a culture of team-building and working together, autonomous lawyers are destined to fail as a group.

The benefit of a diverse firm culture – primarily in diverse personalities but perhaps also in diverse backgrounds – is that the firm stands a better chance as a cohesive unit in rougher seas. Should dysfunction set in in a firm filled with autonomous lawyers, there is little hope of rescue. But a diverse set of personalities can form a bond between colleagues such that the sum of the parts is greater than the whole.

In the next post in this series we discuss a third dominant trait found in lawyers, urgency.