The Average Lawyer Is 90% More Skeptical Than Everyone Else: what this means for your clients, your colleagues, and your firm.

A skeptical lawyer is a good lawyer. 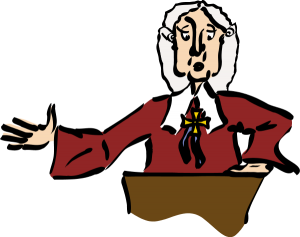 He scrutinizes every line in a contract. He questions the opposing party’s arguments. He looks for hidden motives. He looks at the law with a critical eye. His legal decisions are guided by a healthy pessimism, which helps him guard against mistakes.

At the same time, a skeptical lawyer is not fun to be around when he is not dealing with legal issues. Because of his cynical, argumentative and judgemental character he doesn’t play well with others. He is less accepting, less trusting, and less willing to give others the benefit of the doubt. He is a discouraging mentor and hard to befriend. As a colleague he is respected but not loved.
As a partner or senior lawyer in a law firm, a skeptical lawyer can fail to inspire. He is trained and prone to focus on what doesn’t work more than on what does. He will point out problems rather than give encouragement. In partner meetings he is disagreeable, shy to take on new initiatives, and distrusting of innovation.

Studies show that the average lawyer is more skeptical than 90% of the norm. Consultant Dr. Larry Richard, J.D., Ph.D. has found that on measures of skepticism as a personality trait, the average lawyer scores in the top 10 percentile. This is an important insight into the lawyer’s mind. The skeptical trait and all of its positive and negative outcomes affects you, your law firm, and the profession as a whole. It is not enough to dismiss a single lawyer here and there as a skeptic. We are all skeptics.

Is it any wonder that lawyers have had a bad rap? The personality trait that best develops our skills is at the same time a horrible trait to have when dealing with people. We have all had the experience in meetings with colleagues, mentors, senior and junior lawyers, of not being heard. We have the same difficulty when dealing with clients – the overarching experience is of getting them to understand our way. A two-way conversation is hard to come by.

Dr. Richard points out that skepticism is a learned trait. It can be managed such that its effect is minimized in a leadership role or when dealing with fellow lawyers in a law firm. But before we dig deeper into how the profession can tackle the issue of the skeptical lawyer, there are a number of other traits that are dominant in lawyers.

This is the first blog post in a series on lawyers’ personality traits, as featured in this LAWPRO magazine article. Can you think of an instance where you have been skeptical? In my next post I will discuss another personality trait found in lawyers – autonomy.