Inside the Lawyer’s Mind Part 5: Resilience 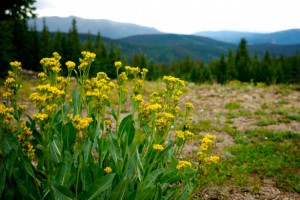 The last trait we look at in this series is resilience.  A lawyer high in resilience is receptive to criticism and feedback and is not defensive. He is less likely to take criticism personally and is better at focusing on accomplishing the task at hand. If he suffers a loss or is rejected, he will bounce back easily. With all the challenges lawyers face, you’d think we score high on resilience. Not so.

As Dr. Larry Richard states in this LAWPRO article, the average lawyer scores in the bottom 30th percentile in measures of resilience.  A lawyer that is low on resilience is thin-skinned, defensive, and easily wounded by criticism. Even small things, such as a client or a lawyer not returning his call, will offend him. He will meet a request to turn in his dockets or to complete a task as a personal affront. He will sidetrack partners’ meetings with defensive tirades, and in doing so spark other less-resilient partners to respond in kind.

At the same time, a lawyer low on resilience has a surprising upside.  As he is criticism-averse, he is risk-averse. He will do his best to keep his clients out of harm’s way. And to avoid criticism he will exhibit perfectionist tendencies and be less error-prone.

We can all think of law firms that were perfectly viable businesses that were thrown into disarray for other reasons. When lawyers, as a profession,  lack resilience, it doesn’t help the cause.

Dr. Richard notes that resilience is largely a learned trait. Lawyers can be trained to become more resilient.  In the next and final post we will look at strategies to overcome or manage one’s traits.